Let our History become part of your history …

You’ll always have memories like that first glance, the first dance, the first kiss, the first time you were entranced by the Armada Hotel and thought ‘that’s the One’. The first time a hotel stood on the Cliffs where the Armada now stands, it was called the Atlantic Hotel, built in 1808, and for a while, holder of the title ‘Biggest Hotel on the British Isles’.

A commanding presence perched on a clifftop over its namesake, the majestic Atlantic Ocean.  The Atlantic Hotel warmly welcomed the gentry, royalty and clergy of Ireland and Europe until 1919.  Almost 50 years later, the Armada’s Johnny Burke bought what remained of the Atlantic and a roadside shebeen pub and history recommenced.  To this day, the original licence for the historic Atlantic Hotel is still in use at the Armada.

At the Armada Hotel, we remember our first wedding too.  Very well actually.  Indeed some of our current staff were on duty the day that Nessa O’Brien married Brendan Sexton in 1984.  They also remember that because we were starting anew, and didn’t have accommodation yet and our newly married couple had to go home in the early hours.  Thankfully, some things have changed since then!

Everything starts somewhere.  The Atlantic Hotel…. The Armada Hotel

The voyage of your life together 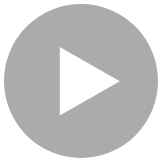 Where to start...so just gonna go with "thanks". Thanks for being so good at what you do! From start to finish everyone at the Armada was a dream to work with, and i use the word "work" on my part very lightly.
Donnie & Annie, March 2019
Our wedding day exceeded our every expectation. We didn't consider any other wedding venue as we knew the Armada was our favourite. We had our ceremony outdoors on the sunny lawn overlooking the Atlantic Ocean - our guests were blown away by the picturesque setting.
Sharon & John, April 2019
We had our wedding in the Armada on the 1st of August 2019. It exceeded any expectations that we had. The setting is beautiful and the hotel is gorgeous but it’s the staff that make the experience so special.
Damien & Julie Anne 1/8/2019
From the stunning location to the amazing staff I can’t fault anything about our Wedding in the Armada except maybe the weather but they can’t control that!!
Leona & Tom, Nov 2019
Where do we even begin about what a magical experience we had. From the moment we walked through the doors everything was perfect for the three days we were there with our guests. The staff were incredible, from the girls at reception to the wonderful housekeeping staff making sure all was in order, to the friendly bar staff who kept all our guests happy.
Jamie & Katie, September 2019
We stayed in the Armada for our wedding in April 19 for five nights. What can we say other than it was the best 5 days of our lives. The hotel obviously has one of the most amazing locations in the country but that is also matched by their service and friendliness.
Catherine & John, April 2019